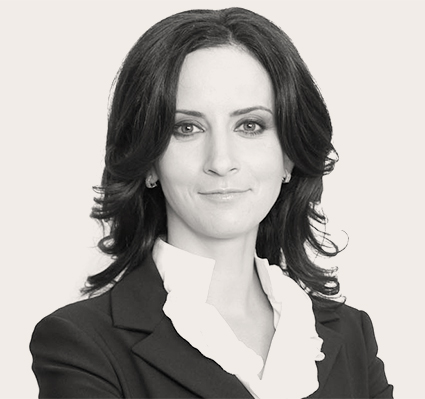 AkchurinaG@fbk.ru
Team
Galina Akchurina leads FBK Legal's Tax Litigation Practice and is one of the most effective tax lawyers in Russia. While Galina has worked for the FBK Group, the total of tax claims successfully disputed and tax refunded to companies exceeded $2 billion.

According to such law firm rankings as Chambers, The Legal 500 EMEA, World Tax and Pravo.RU-300, the team of lawyers led by Galina Akchurina is among the best in Russia.
According to The Legal 500 rating, Galina is "a talented, if not prodigious, tax litigator".

She contributed to the improvement of taxation for agricultural producing companies by the Civic Chamber of the Russian Federation.

Galina has extensive experience in teaching and lecturing special courses and seminars. She teaches tax law for students obtaining executive MBA and MBA in Finance at the Higher School of Economics. She gives lectures on taxation matters (including tax aspects of corporate relationships) at the STATUTE Law School and the Institute of Modern Technology Development.

Galina participates in the Podderzhka Project initiated by Viktor Batsiev.

She regularly speaks at top Russian conferences, including SPBILF, Tax Congress, CCI’s All-Russian Tax Forum and Forum on Taxes and Fuel and Energy Complex. In 2018 Galina Akchurina was invited to speak at the TEDxMoscow event dedicated to “the rules of the game”.