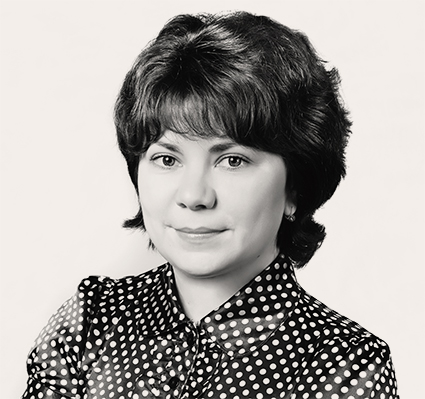 
For over 18 year she has represented clients in construction, real estate, land and subsurface use, urban planning disputes, disputes with government authorities and disputes over bankruptcy of legal entities and individuals. She represents clients in arbitration proceedings.

Elena is an experienced mediator who managed to settle disputes at the pre-trial stage for many clients, including in case of claims from government authorities.

Apart from representation in court Elena Bokareva also provides consulting services for investment and other business projects, conducts due diligence and review of business operations of non-profit organisations.

Her knowledge allows her to work with companies from the majority of industries, find the right solutions for any issue and achieve desired results.

She is recommended by a reputable international legal ranking The Legal500 EMEA 2021 in Dispute Resolution, Restructuring and Bankruptcy and Best Lawyers 2022 in Insolvency and Reorganization Law, Litigation.
In 2020, the Russian rating “Pravo.ru-300” personally recommended Elena Bokareva as the best specialist in Land law / Commercial real estate / Construction practice.