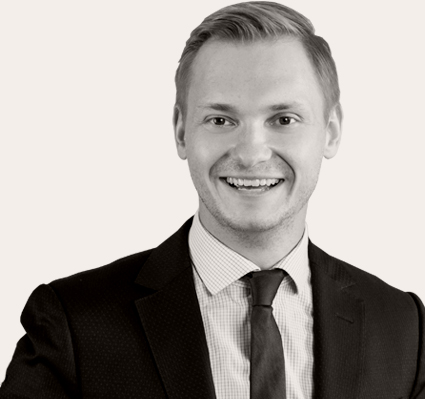 Sergey Ermolenko manages projects in the field of competition regulation, including advice on advertising and competition laws, coordination of transactions with the antimonopoly body within the framework of M&A projects, legal advisory on public procurements, client representation in disputes before antimonopoly bodies and arbitration courts.

Sergey advises on projects at the intersection of public and private initiatives and ensures competition compliance of private projects aimed at obtaining positive public result but being able to affect competition.

Besides his wide experience of working in legal consultancy, Sergey also has experience in providing actual support to different business processes, including participation in litigations on a wide range of issues (real estate, corporate disputes, bankruptcy, debt collection), carrying out all the registration actions required by government authorities as well as support in enforcement proceedings.

The Legal 500 EMEA 2021 rating marks Sergey among the best lawyers in Russia in Competition and Employment.

Sergey is recommended by the Best Lawyers 2022 rating in the Information Technology Law and Mergers and Acquisitions Law practices.

The “Pravo.Ru-300” 2020 rating names S. Ermolenko among the best lawyers in the practices of Antitrust Law, Corporate Law / Mergers and Acquisitions, and “Kommersant” 2021 — in Digital Economy / Fintech practice.

Member of the Competition Experts Association