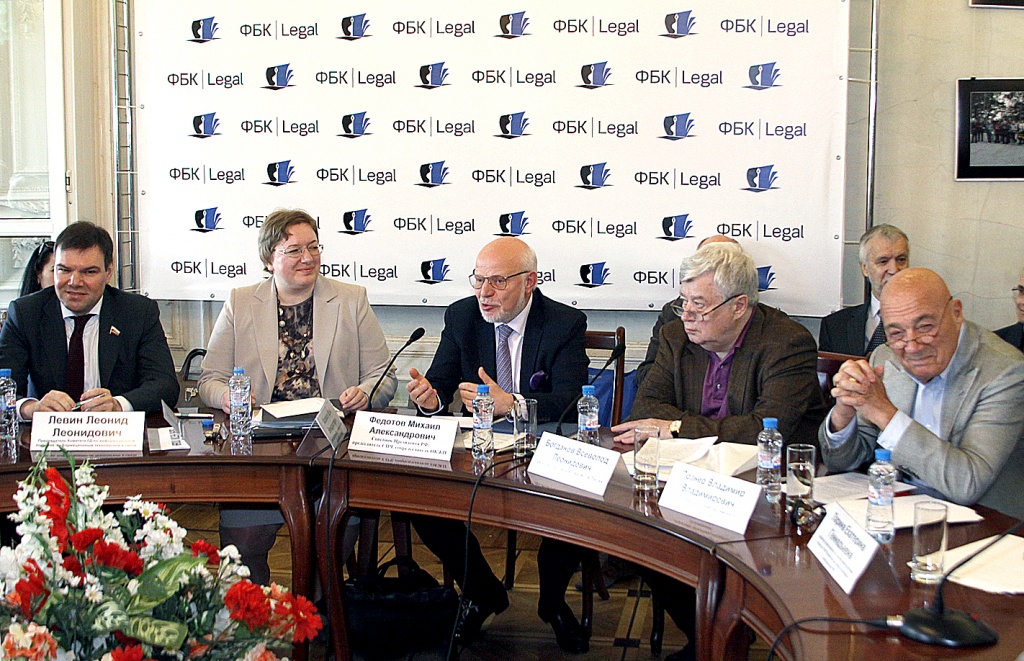 Representatives of the media community and public organizations proposed to the two chambers of the Public Collegium such well-known people as Mikhail Fedotov, Advisor to President of the Russian Federation, the Council under RF President for Development of Civil Society and Human Rights, Chairman, Elizaveta Glinka, the Fair Help Fund, Executive Director, member of the HRC under RF President, Evgeny Gontmakher, the IMEMO RAS Deputy Director, Vladimir Lukin, Chairman of the Paralympics Committee, Genry Reznik, Vice-Chairman of the Federal Chamber of Lawyers, Elena Vartanova, Dean of the Faculty of Journalism of Moscow State University named after M.V. Lomonosov, the Council of Europe, expert, Yasen Zasursky, President of the Faculty of Journalism of MSU, Pavel Gusev, Chairman of the Union of Journalists of Moscow, chief editor of the Moskovsky Komsomolets newspaper, famous journalists Elena Masyuk, Pavel Lobkov, Victor Loshak, Svetlana Mironyuk, Leonid Mlechin, Dmitry Muratov, Vladimir Pozner, Eduard Sagalayev, Nikolay Svanidze and a number of other outstanding representatives of the professional community and public figures. It is they who will be the supreme public arbitration and mediator in the society and mass media disputes on the issues of ethics for the next five years.

The elections to the Collegium were organized by the FBK Legal law firm that acted as the election committee having ensured the secrecy of voting and accuracy of vote counting. This year representatives of over 80 civil society organizations took part in the forming of both chambers of the Collegium, with 144 candidates running for 50 seats (25 per Chamber).

“We were glad to act as an independent arbitrator in the election process. We are ready to render further assistance to the Public Collegium for Complaints against the Press. We thank everyone who took part in the voting for their active position, their choice and keen interest in the process. We wish the elected Collegium members every success in such difficult but socially important business,” added Nadezhda Orlova, Partner of FBK Legal.


The Public Collegium for Complaints against the Press functions as an extra-corporate civil society structure that deals with complaints of the mass media audience about the violation of the journalist professional ethics and media ethics.

FBK Legal is one of the leading law firms in Russia. The Company on the whole, its practices and lawyers have been repeatedly recommended for cooperation by the international and Russian ratings, including such as Chambers Europe, The Legal 500 EMEA and Pravo.Ru-300.